Last week, 55 elephants died in Hwange National Park in Zimbabwe. They didn’t die from hunting or climate change. They were killed with kindness. And many more will follow if we don’t start changing the way we view African wildlife.

Killed with kindness – how the problem evolved

Hwange National Park is situated in western Zimbabwe, close to the edge of the Kalahari Desert, an area that is naturally dry and arid. It is the largest park in the country, spanning around 14,651km2, and is home to hundreds of wildlife species including lions, wild dogs, cheetah, spotted hyena, brown hyena, leopard, gemsbok, buffalo, sable, roan antelope, giraffe, wildebeest, impala, and one of the larger elephant herds in the world.

The world became hyper-focused on Hwange National Park when Walter Palmer, an American dentist shot Cecil the Lion there.

Remember the worldwide uproar at his death, despite the fact that Palmer had all his permits and had not broken any laws? But give a lion a name, and watch social media meltdown. Whipped into a frenzy by animal rights activists, all those outraged people petitioned former Zimbabwean President, Robert Mugabe, pressuring him to outlaw big game hunting to protect wildlife. Western governments joined the chorus, some moving to ban the importation of big game trophies from Zimbabwe.

Surely this was a success for all wildlife. Animal activists the world over certainly cheered the decision, patting themselves on the back for their kindness in having saved African wildlife.

But they forgot one thing – animal populations need to be managed. That means keeping numbers at a level that the surrounding landscape can sustainably cater for.

This is hardly a new concept. We regulate how many dogs can be kept in a suburban yard, how many sheep, cows or horses can be kept in a single paddock, how many chickens can be kept in a coop without being overcrowded. Even in the human world, we recognise simple mathematical principles of volume and mass – only a set number of people can fit in an elevator before it is overloaded, ships, boats, cars and airplanes are assigned limits for safety.

How strange that, when it comes to wild animals, we have this utopian, ideological view that more equates to good. We hear on the news that elephant numbers are soaring in Africa off the back of the bans that we, in the west have orchestrated, and we cheer, claiming it as a success for animal welfare.

Not once do we stop to question the impact of our ‘kindness’ or how wildlife can be killed with kindness.

Protecting wildlife through sustainable land use

As one of the largest herbivores in the world, elephants spend 12 – 18 hours a day feeding on grasses, trees, foliage, and other vegetation. A single elephant eats 90 – 272kgs of food, and drinks up to 190 litres of water every day.

Due to its wide variety of wildlife species, Hwange National Park can only sustainably carry 15,000 elephants. Any more than that and the land can no longer produce enough food and water to cater to the elephants and all the other wildlife.

Hwange National Park now has an elephant population of over 50,000 – or three times the sustainable carrying capacity.

That is 35,000 extra elephants the land needs to feed each day!

Let’s do the math.

Even using the lowest food range for an elephant, Hwange National Park is being stripped of an additional 3.15 million kilograms of food, and 6.65 million litres of water each and every day. Multiply that out by 365 days in a year and it is little wonder we have elephants being killed with kindness. 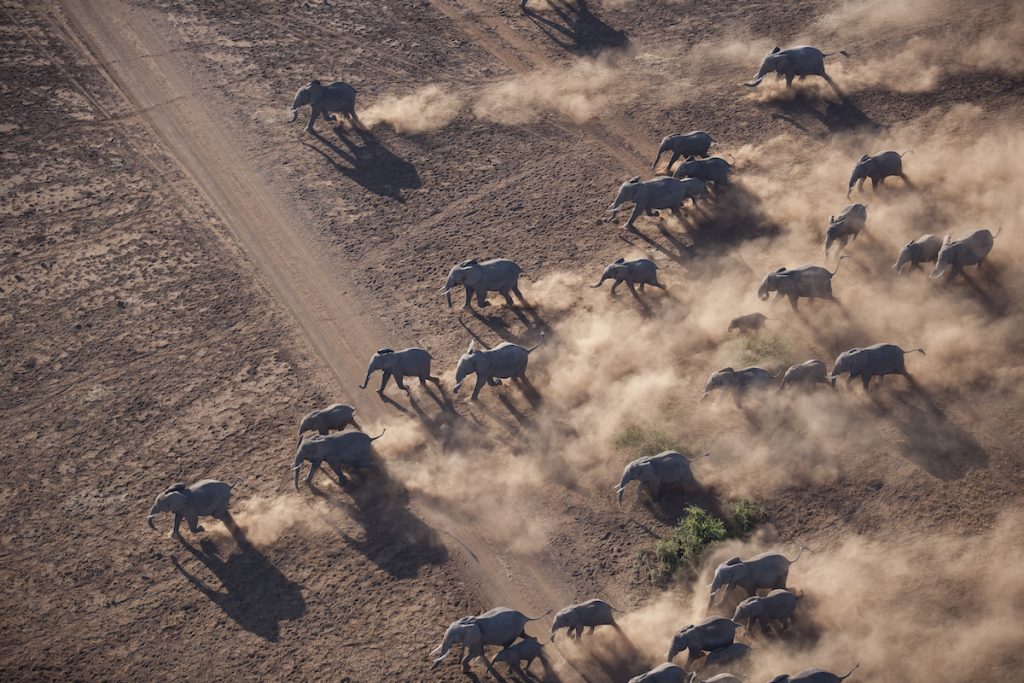 When wildlife numbers are at sustainable levels, nature can cope with changes in the climate – even drought.

But when the landscape is already stretched to breaking point and food sources are already limited, the effects of natural changes to climate can be catastrophic.

Put simply, the land doesn’t stand a chance of catering for 35,000 extra elephants! Animals will die off, and in this scenario, it was 55 elephants that were killed with kindness.

The road to hell is paved with good intentions

The truly sad part is that these 55 deaths are just the tip of the iceberg.

Unless elephant numbers drop dramatically, we can expect many more animals to starve to death, and it won’t just be elephants. Other herbivores will die from lack of food, and then when their numbers become too low, iconic predators, like lions, leopards, cheetahs and hyenas will starve as well. 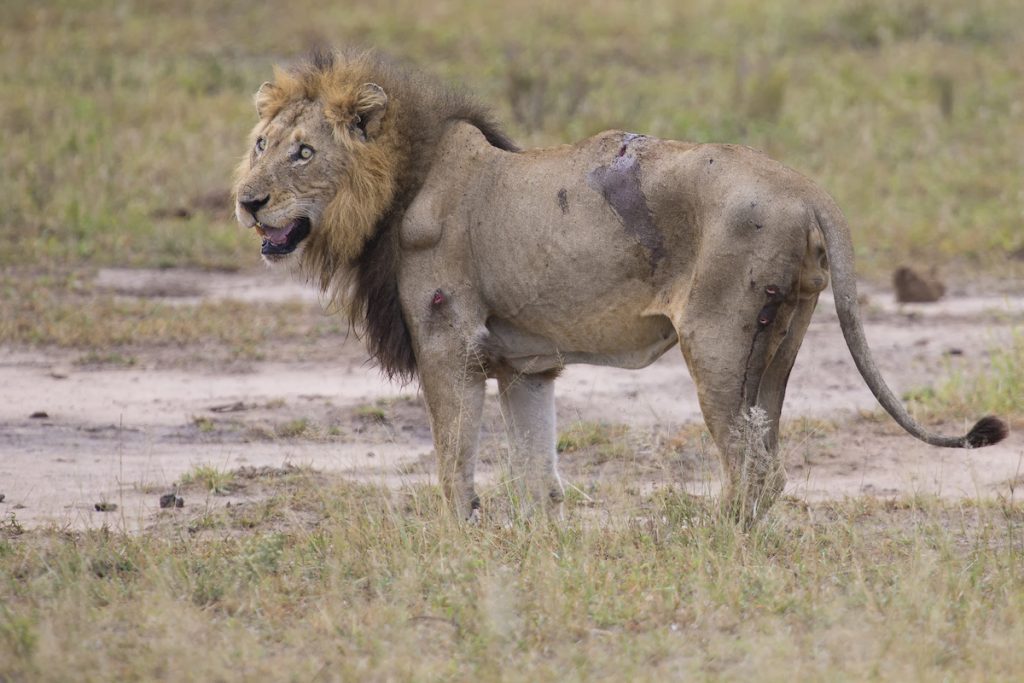 We have already seen more than 200 lions culled as a result of the Cecil Effect.

It is so easy to pass the buck and to blame global warming, climate change or nature.

But the sad truth is, animal activists did this. By whipping the world into a frenzy and demanding changes they knew nothing of, they killed those elephants, as surely as if they pulled the trigger themselves. By trying to save them without understanding the delicate balance between wildlife and landscape; without understanding the wider impacts their decisions would cause, they killed them with their ‘kindness’.

The strange irony is that, in a bid to save wildlife from death at the hands of a hunter, they may well end up sentencing more wildlife to a much crueler fate – a slow, painful death by starvation and predation.

How can the problem be fixed?

When it comes to hunting, culling or any other method used to control animal populations, people tend to focus on the individual animal and decry its death. They see it as cruel and inhumane.

What they fail to see is that, for millions of years, hunting and culling have been important tools in effective wildlife management.

Death is never pretty. It is hard to stomach, which is why only a small part of society are willing to undertake the jobs that require them to deal with death each day.

But death is also a natural part of life.

While hunting has resumed in Zimbabwe and the country now has a new President, we are seeing the long term, flow on effects of decisions made from knee jerk reactions based on emotions.

Once populations, particularly of large mammals like elephants, blow out to unsustainable levels, there’s no easy fix. You cannot rehome 35,000 elephants. Not only would the cost be prohibitive, there just isn’t enough wildlife sanctuaries in the world to cater for that number.

Even culling and hunting are not simple solutions when the problem has gotten so out of hand. If Zimbabwe embarked on a mass cull of elephants tomorrow, 95 elephants would need to be shot every day for a year to return the park to sustainable numbers. That’s a staggering 300,000kgs of elephant meat they would need to process and dispose of every day.

Let that number sink in before you try to ‘save’ animals without first thinking of the true cost.

55 elephants die of starvation in Zimbabwe 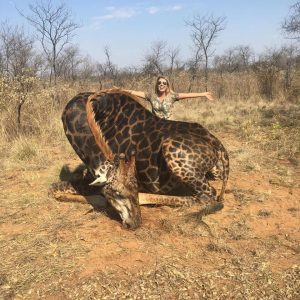